5-Most Popular Guinness Records in Sports

There are lots of popular records when looking through the Guinness Book of World Records. There is something for all, and when it comes to sport you are spoiled for choice. Here are the five most popular records. Can you beat them?

Cristiano Ronaldo holds two current records in the Guinness records. The first is for his sporting accomplishment of lifting 17 Champion’s League trophies after last year’s success. His most popular record is actually his Twitter followers. At the time of printing he had almost 30 million followers. The most of any sports personality in the world.

Most Red Cards in a Soccer Game

Most soccer games go the whole 90 minutes without a red card. However, in February 2011, Damian Rubino handed out 36 red cards when Victoriano played Atletico Claypole in the Argentine Primera D league.

Most of the world plays rugby union, but rugby league is a popular game in the northern parts of England predominately. The quickest try was in just 7.75 seconds, when Tom Spears scored for teh Featherstone Rovers against the Wakefield Trinity Wildcats.

Basketball players tend to score within the keyhole or around the D, but there are some who like to show off. The longest, successful shot is 33.45m, which isn’t even within a normal sized court! Corey Law threw the shot in November 2014.

Most Press-Ups in 1 Hour

This is one for people to try to better. This year, Carlton Williams set the record for the most press-ups in one hour. He completed 2,220 press-ups. Incidentally, he held the record previously, with 1,874. To top this off, the Welsh bodybuilder is 50 years old. The most press-ups in 24 hours is still held by Charles Servizio, who did 46,001.

There are some records that will be broken over time, but others that could take years to break. Will you give them a chance to hold the sports titles? 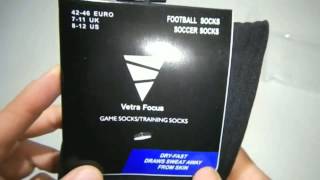 5-Most Popular Guinness Records in Sports